SECTION  16:  In this section I will try to show the differences between the same part from different arsenals, years and countries. The only purpose of this page is to help make the collector aware that differences do occur and about anything could be possible. These are ALL from my personal observations and not from any books.

The various pictures below show the BOLT CARRIERS  from various makes and models of SKS's. The bolt carrier is used to hold the bolt assembly and take the pressure from the op rod to open the action for the next round. Currently these are the only differences I have noticed. Some are only cosmetic, some have different stampings, some are shaped slightly different and some are just plain different. NOTE:  Russian 1949-1951 seem to be the same. 1952 year SKS's seem to be the transition SKS as far as part changes go and stay the same until 1956 Russian.  The late Russian seems to be common to all other manufactures except the later Chinese. 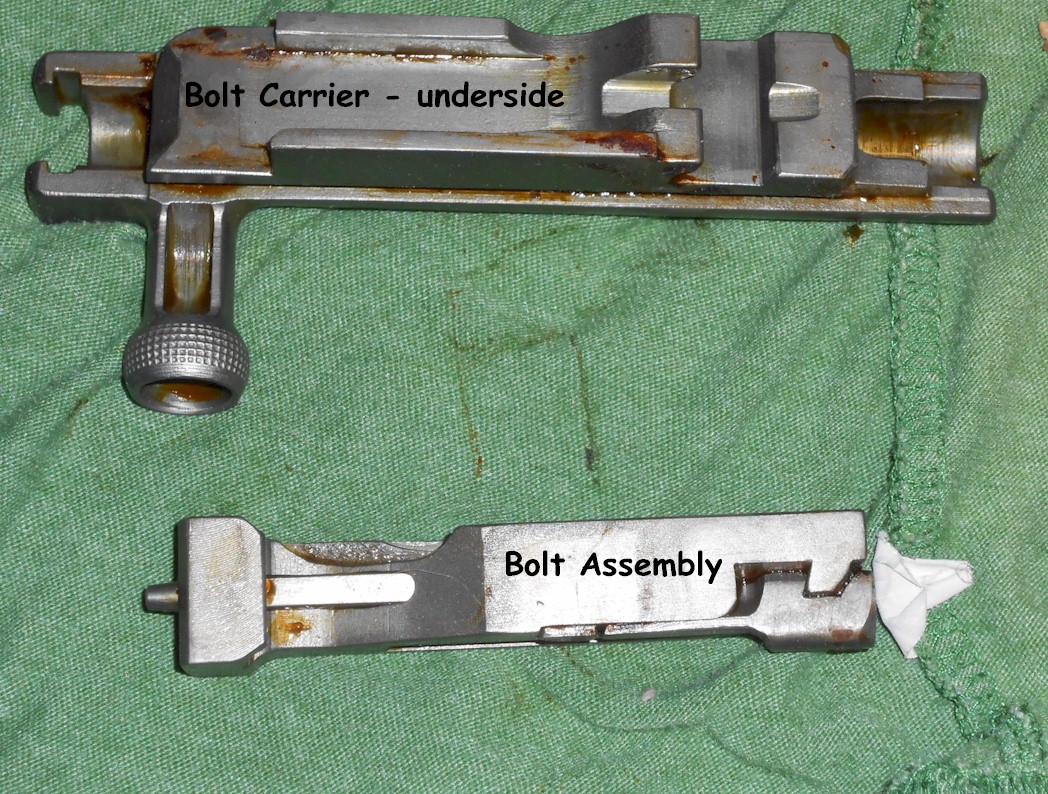 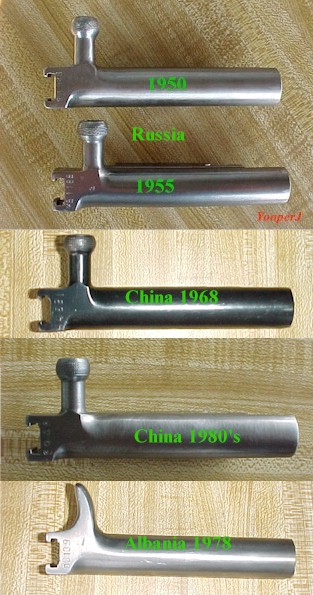 The Albanian Bolt carrier's handle is the only notable difference found in the top view.

Other differences are noted below.

In the bottom view NOTE the 1950 Russian (A), the side opposite the charging handle is quite different.  This applies to only the 1949-1951  Russian SKS.

The Albanian charging handle is also unique to the Albanian.

Other differences are noted below. 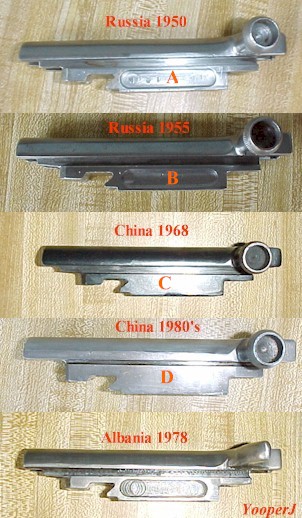 Right side view shows  the machining involved with the Russian (A) and (B). 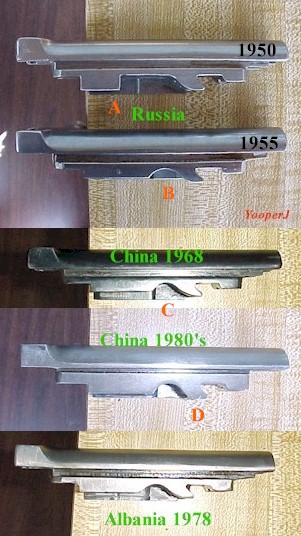 Left side of the bolt again shows slight differences in machining between all except the Russia 1950.  Differences are indicated by area shown above the letters A-B-C-D. 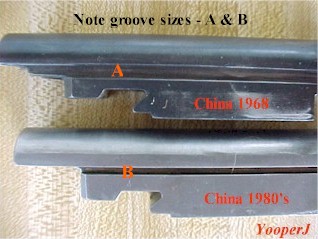 These two carriers are unique to the Chinese manufactured models of mid and late production. 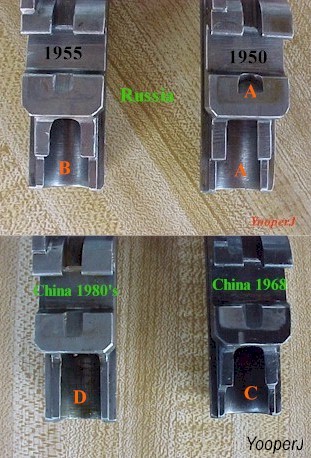 This picture shows the differences in the machining process of the rear of the bolt carrier. Differences are again noted by the area surrounding the letters A-B-C-D. 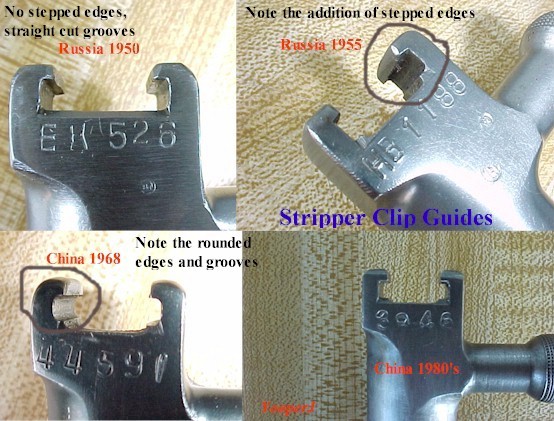 This picture shows the differences in the machining process of the stripper clip guide. Differences are  noted by the circled areas. 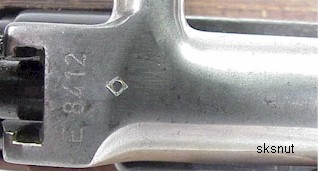 Notice the squared edges of the stripper clip guide on the East German SKS. 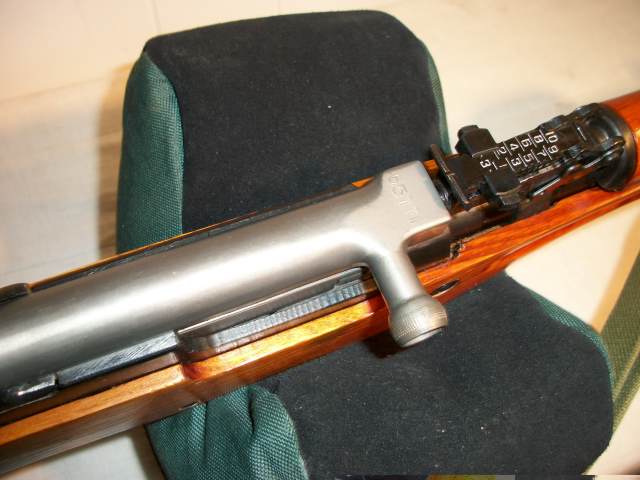 This is from a late model  "M"  Chinese SKS that use the AK style magazine.  This one has no stripper clip guide machined into it.  No need for stripper clips since you load the removable magazine.

Go to SKS page 17 more info on the SKS Cleaning Kits and Rods.