SECTION 4 In this section I will try to show the differences between the same part from different arsenals, years and countries. The only purpose of this page is to help make the collector aware that differences do occur and about anything could be possible. These are ALL from my personal observations and not from any books.

The bayonet lug is used to hold the bayonet in either the full open position or full closed position. The various pictures below show the bayonet lug from various makes and models of the SKS. The military models held the bayonet onto the gun by the means of a screw or a pin.  Some models used a countersunk screw mounted through the flat surface of the lug.  Later years a slot was milled into the face of the lug instead of using a countersink. These changed from country to country as far as the early and late years.  NOTE:  early Russian models 1949 and into 1952 used straight cut ears on the lug and a straight cut on the adapter.  Fitting the wrong adapter to lug causes a hanging bayonet.  Later year Russian and all others used angle cuts.  Check the pictures!!! Currently these are the only differences I have noticed. Some are only cosmetic, some have different stampings, some are shaped slightly different and some are just plain different. 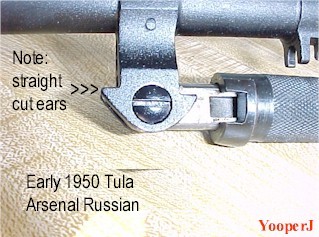 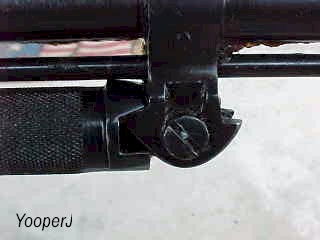 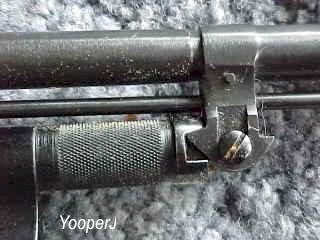 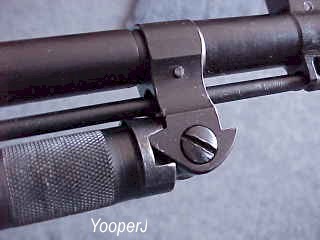 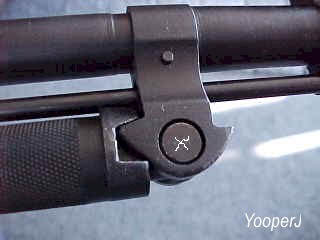 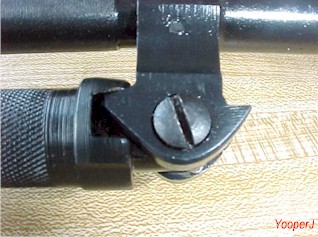 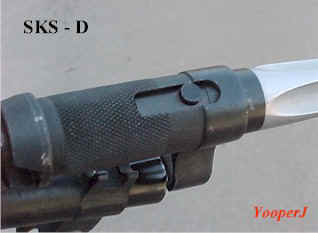 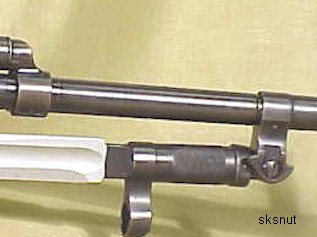 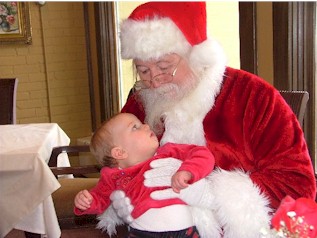 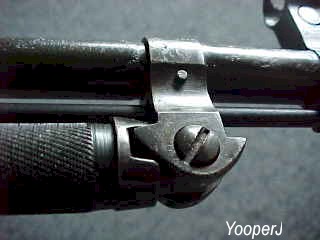 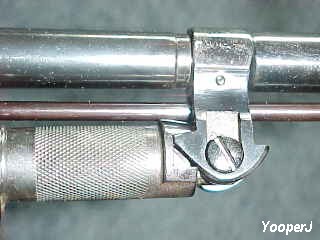 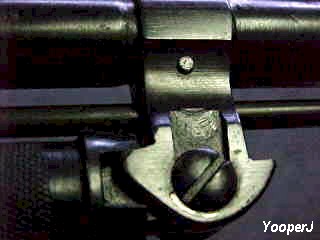 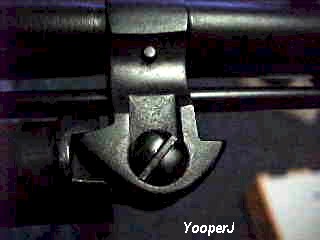 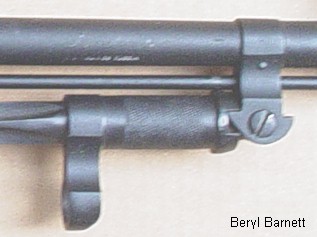 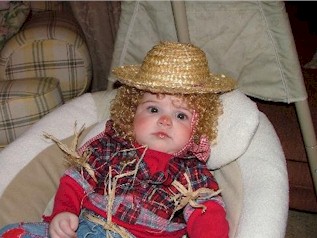 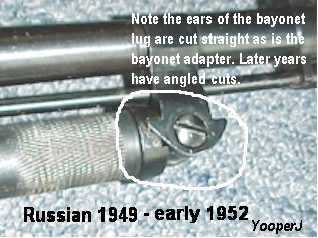 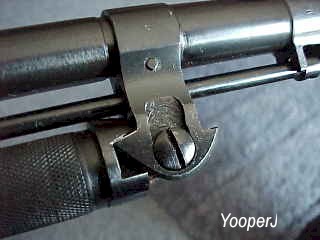 The bayonet adapter groove is not angled cut            Starting in 1952 the recess for the bayonet screw is milled out. 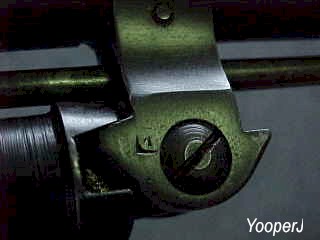 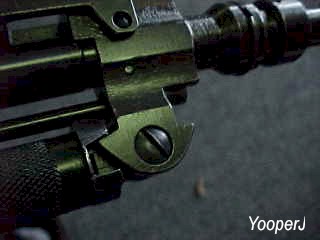 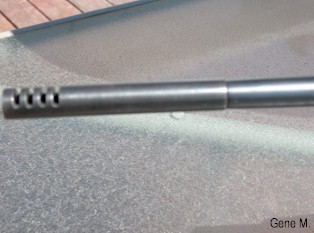 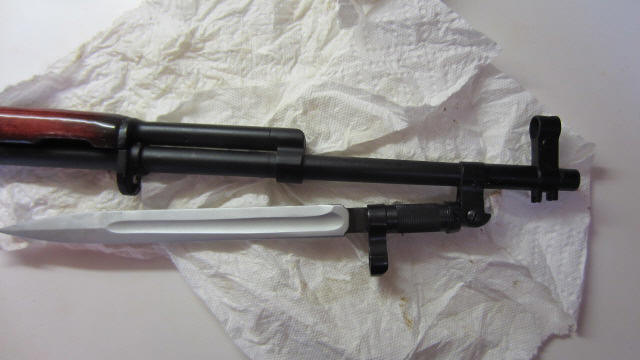 This is what happens when the bayonet adapter and bayonet lugs are not matched.  "The Sag"

This is "usually" fixed by installing the correct adapter to the lugs.

Spike bayonet (late) on top and Blade bayonet with early adapter on bottom. 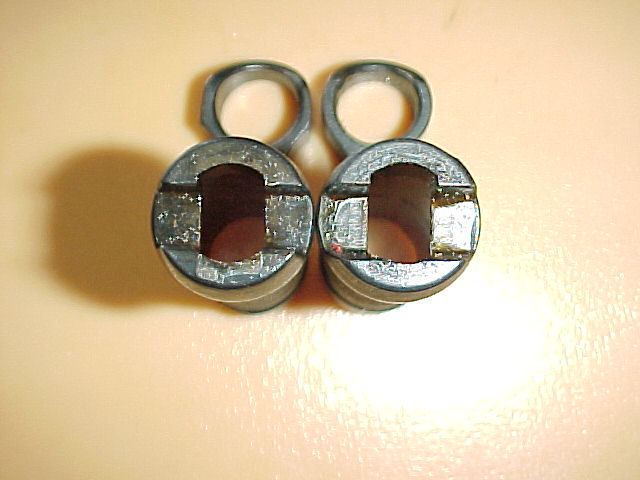 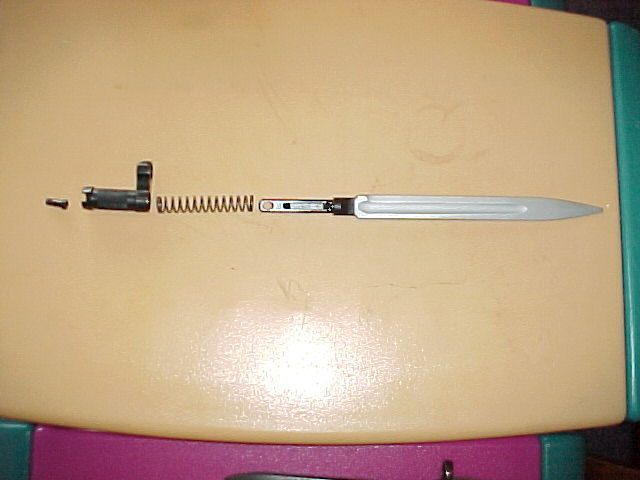 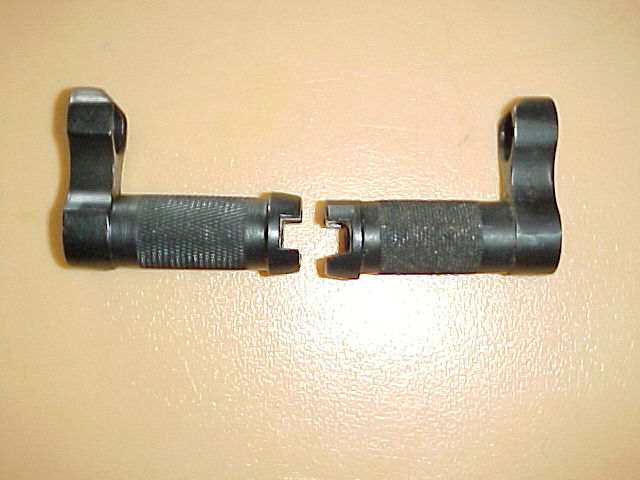 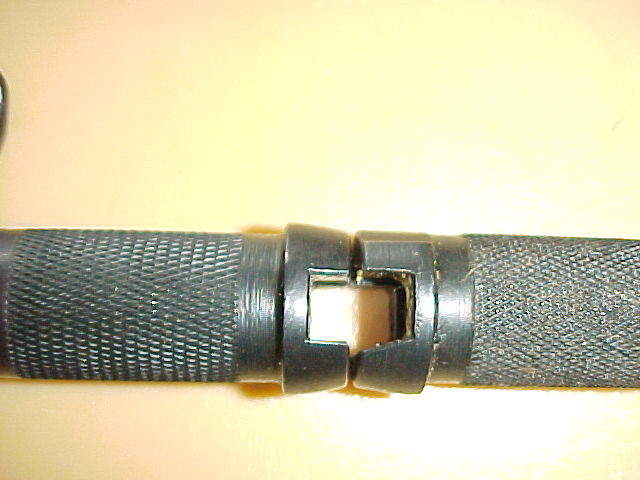 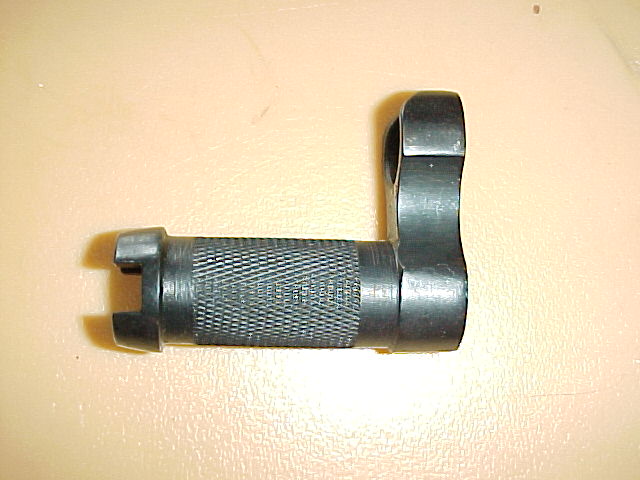 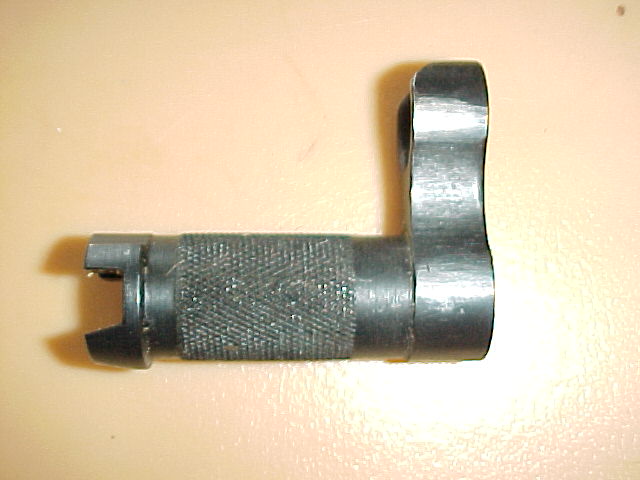