SECTION  15:  In this section I will try to show the differences between the same part from different arsenals, years and countries. The only purpose of this page is to help make the collector aware that differences do occur and about anything could be possible. These are ALL from my personal observations and not from any books.

The various pictures below show the REAR SIGHT BASES along with barrel to receiver attachment methods from various makes and models of SKS's. Currently these are the only differences I have noticed. Some are only cosmetic, some have different stampings, some are shaped slightly different and some are just plain different. NOTE: 1952 Russian SKS's seem to have both the early and late style rear sight base. 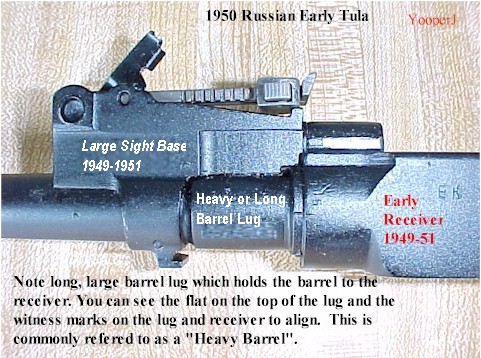 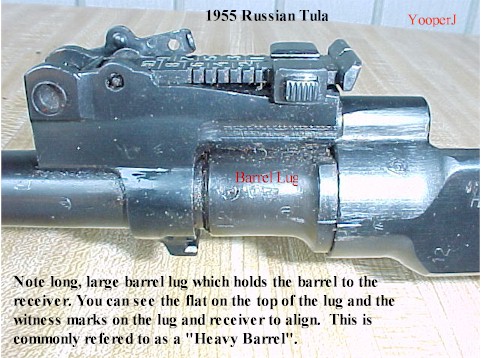 The later style Russian, 1952-1955/6, Early Chinese 1956-1966, East German, Albanian, Romanian, Yugoslavian and North Korean have a somewhat smaller rear sight base but still have the long barrel lug and screwed in barrel. 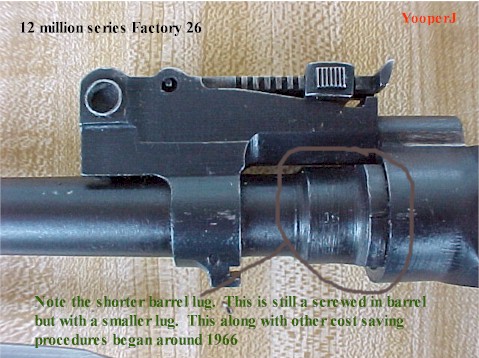 The mid production Chinese SKS, 1966-1980's depending on the factory,  included a somewhat smaller rear sight base from earlier years and a shorter barrel lug to hold the barrel into the receiver. 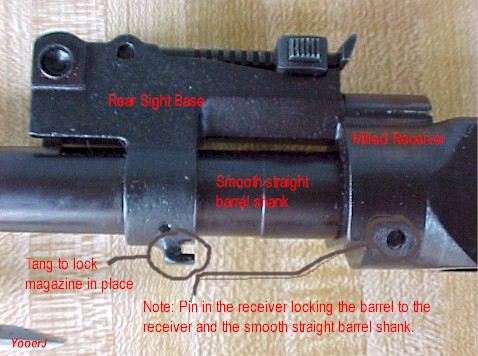 The later Chinese SKS, 1970's -1990's, used an even less machined rear sight assembly and eliminated the barrel lug.  The barrel was pressed into the receiver and held in place with a pin. These were used on both Military and Commercial versions of the SKS. 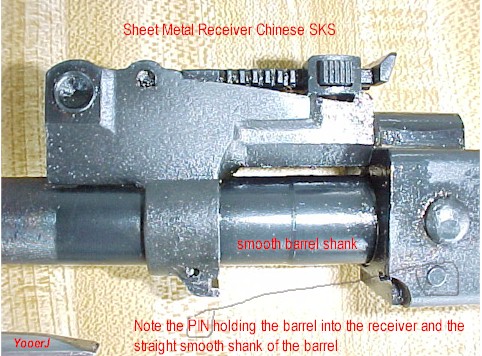 This version of the Chinese SKS used a stamped sheet metal receiver and crude machining of exterior surfaces.  It employed the pinned barrel and other cost cutting steps in production.  This could be compared to the "Last Ditch" guns of Germany and Japan during World War II. 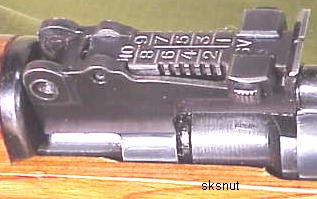 The East German sight base was a nicely finished base very similar to the late Russian SKS.  Note the long barrel shank (heavy barrel) again similar to the Russian variants. 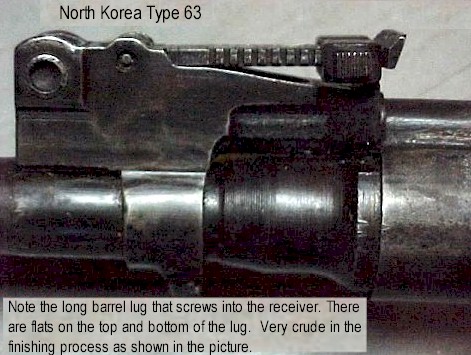 North Korea also manufactured the SKS for it's Military Forces.  This example is similar to the later Russian models but much more crude.  Note the barrel lug and the rear sight base, very crude.