SECTION  30:  In this section I will try to show the pictures of the Ammunition, Belts and Pouches associated with the SKS. Most of these pictures were taken from the internet.  I have these pouches and they do vary in color depending on when and where they were made.  The reason I'm doing this is so I don't have to dig all mine out.  If anyone has a problem let me know. The only purpose of this page is to help make the collector aware that differences do occur and about anything could be possible. These are ALL from my personal observations and not from any books.  Photos courtesy of .

The standard round for the SKS is a 7.62x39mm cartridge.  This same round was used for all the SKS's of various nations. The ammo was usually pre-mounted on stripper clips that held 10 rounds which is the magazine capacity.  Some commercial variations can be found firing .223, .22LR, 50 cal muzzleloader, BB and Soft Air.  To talk about all the different rounds and head stamps is way out of my expertise so I will provide a link or two that you can go to for more information.  http://en.wikipedia.org/wiki/7.62%C3%9739mm   Lots of good info and links.

Development of this round was initiated in late 1943, when Red Army requested development of new, intermediate power weapons to fill the gap between pistol-caliber submachine guns and full-power rifles. This requirement came from studying two then-new weapon systems - German MKb.42 assault rifle and its 7.92x33 cartridge and US M1 carbine and its .30 M1 cartridge. First cartridges were developed in 1944, featuring steel bottlenecked case 41mm long, loaded with pointed, flat-based jacketed bullet with lead core. First weapons for this cartridge were developed in late 1944, and included bolt-action and semi-automatic carbines, light machine guns and automatic (assault) rifles. In 1947 the cartridge case was shortened to 39mm, with introduction of the slightly longer, boat-tailed bullet with mild steel core, and in this form it was adopted for service in Soviet Army. While officially replaced in front-line service in Soviet army by 5.45x39 ammunition in 1974, it was never officially declared obsolete and plenty of 7.62x39 weapons are still in service with Russian army and law enforcement forces. This cartridge also gained widespread acceptance along with appropriately chambered weapons produced in USSR, its former allies and China. Today this is one of the most widely used military cartridges in the world, with weapons and ammunition produced in many countries and many versions. Hunting versions of the 7.62x39 ammunition are also manufactured in several countries; those usually feature lead-core expanding or non-expanding bullets.  All military ammo is corrosive, that is the primer is corrosive and the gun should be cleaned after use.  Lots of foreign commercial ammo is also mildly corrosive even though it is stated non-corrosive.  Treat it all as corrosive and CLEAN your weapon! 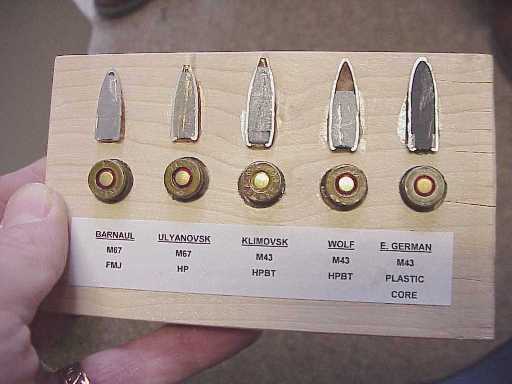 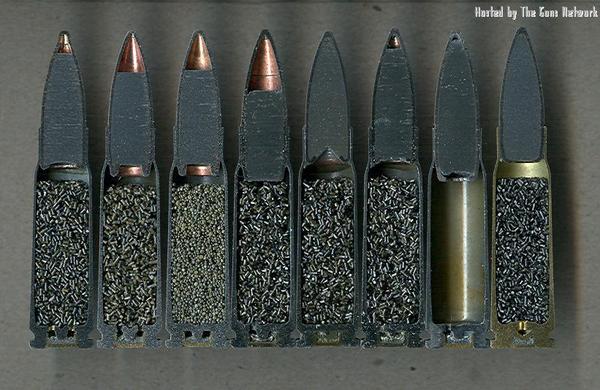 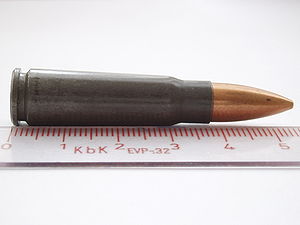 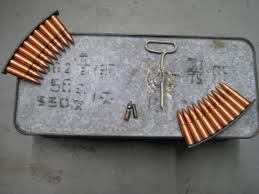 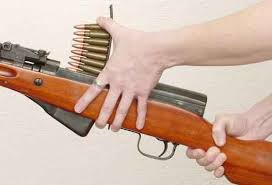 Many countries used pouches to carry ammo mounted on stripper clips.  Some pouches were small and others were large.  It depended on the country and how each platoon handled it's ammo.  Below are some pictures of various ammo pouches. 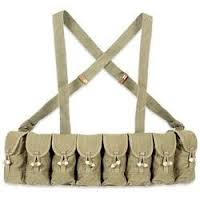 Albanian ammo pouch (left) and Chinese on the right.  Most carried 2 clips per compartment along with the oil bottle and cleaning supplies. 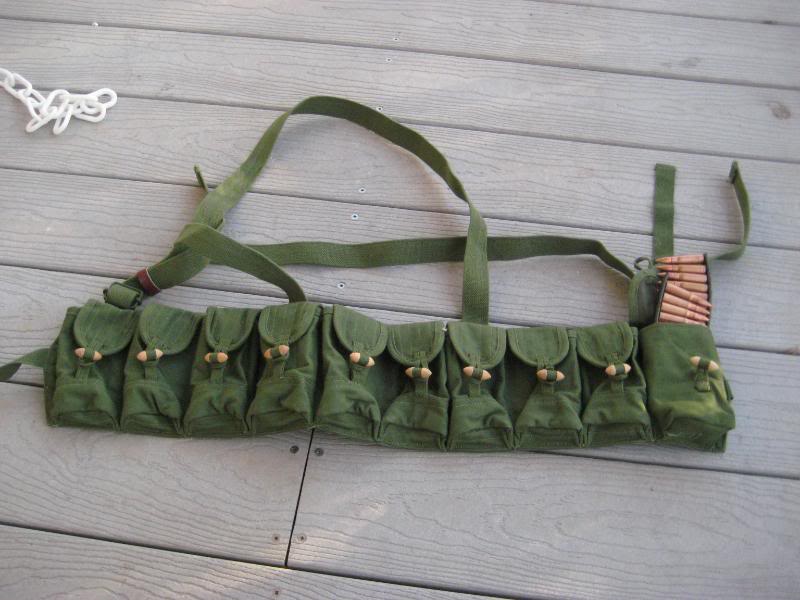 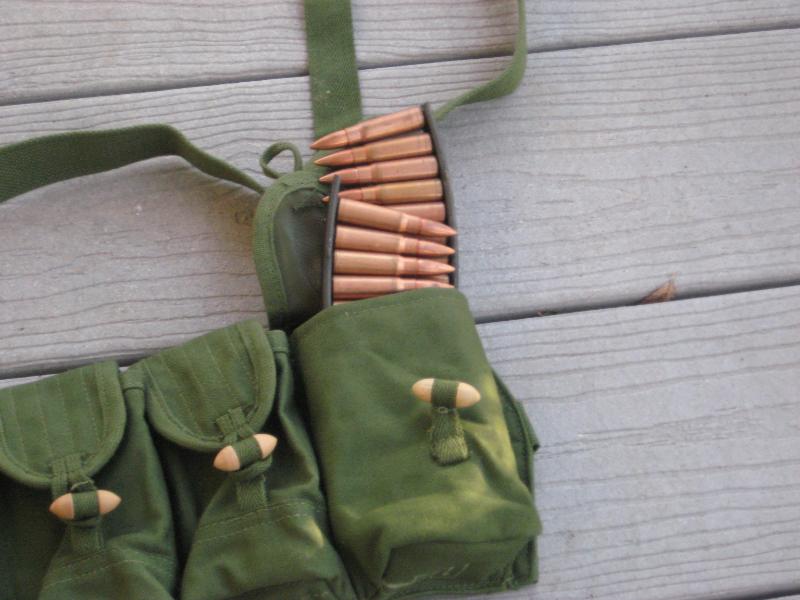 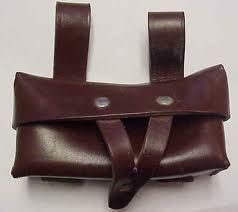 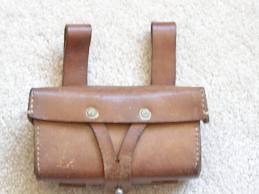 Romanian ammo pouches had either long belt loops or short, these are both long. 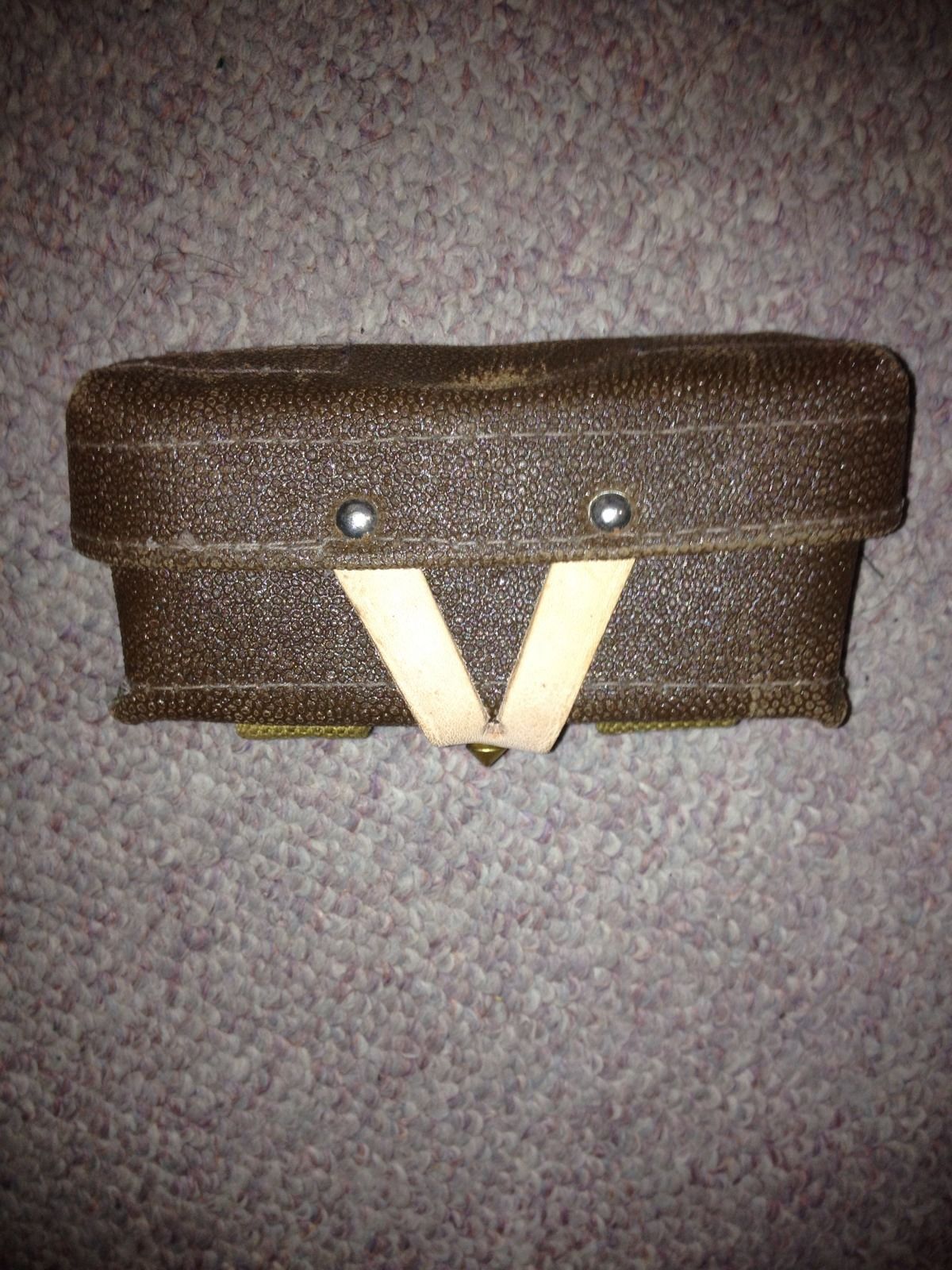 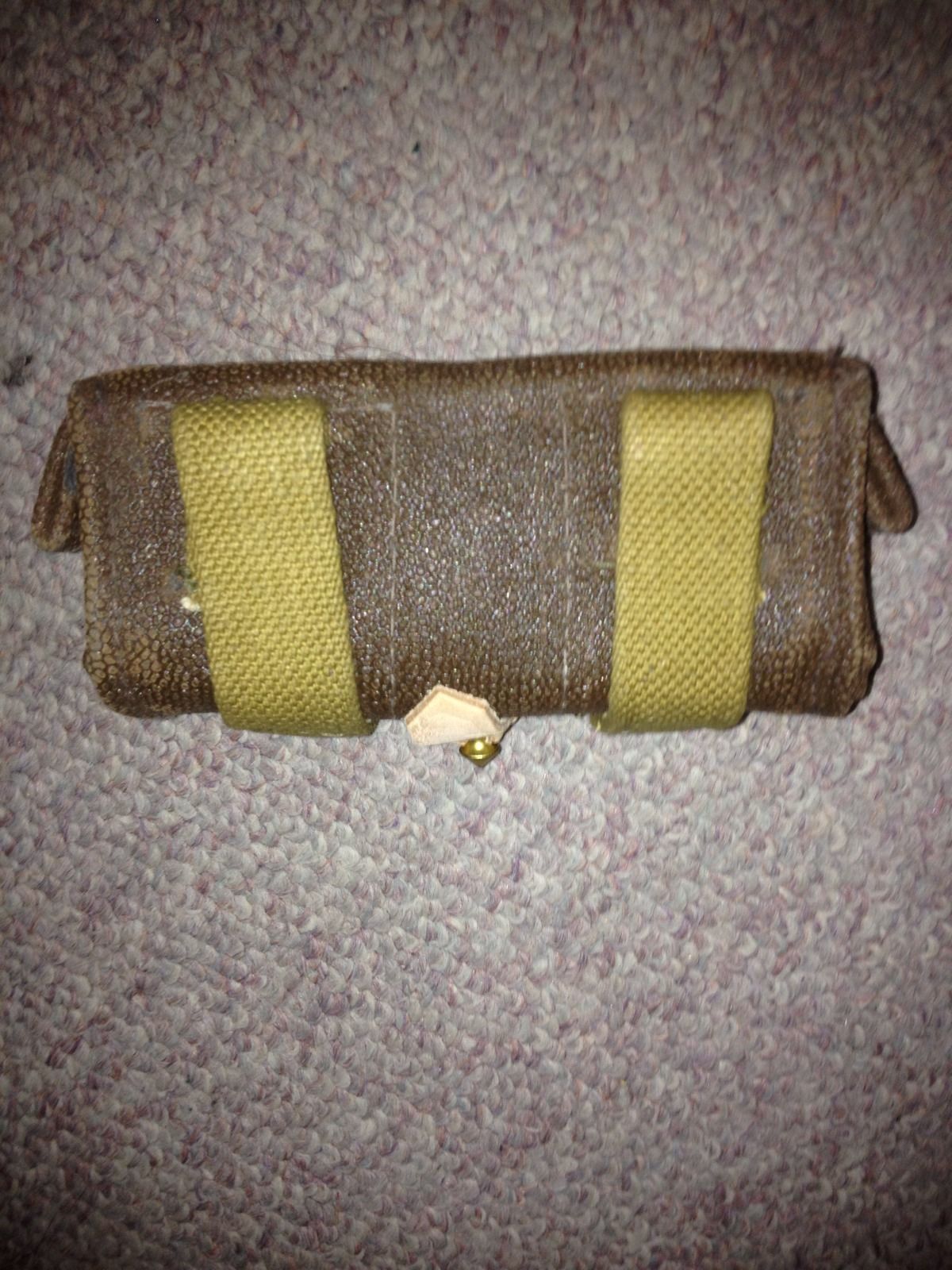 These are Russian.  Colors vary depending on production runs, usually vinyl has a pebble texture. 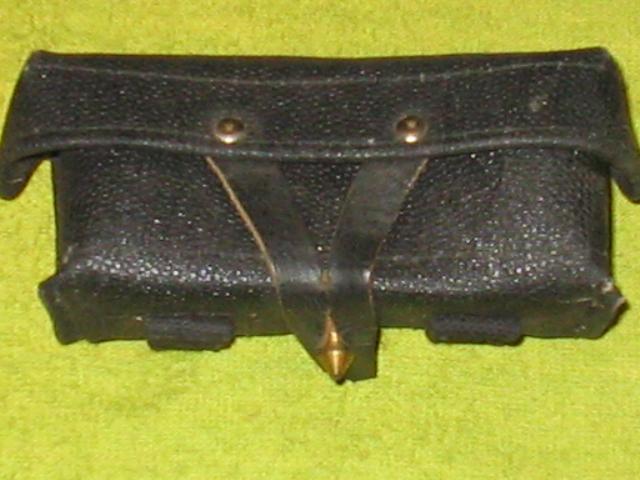 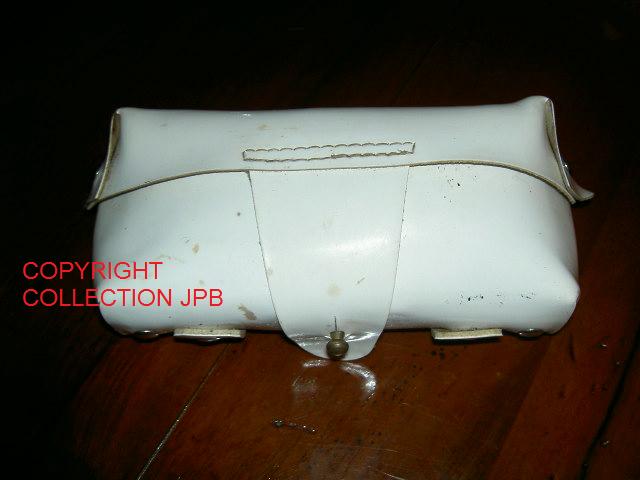 Russian Navy on left and Russian Honor Guard on the right. 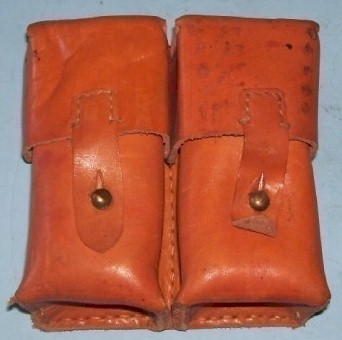 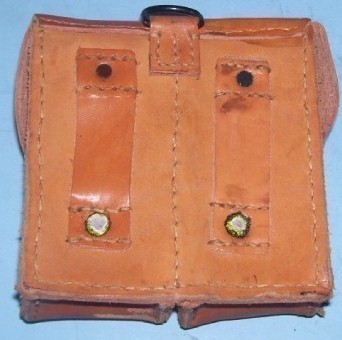 Yugoslavian pouches held the clips vertical unlike the Romanian and Russian pouches.

Some countries used canvas cases for the guns.  This is generally NOT the rule.  Some commericial versions used a case also. 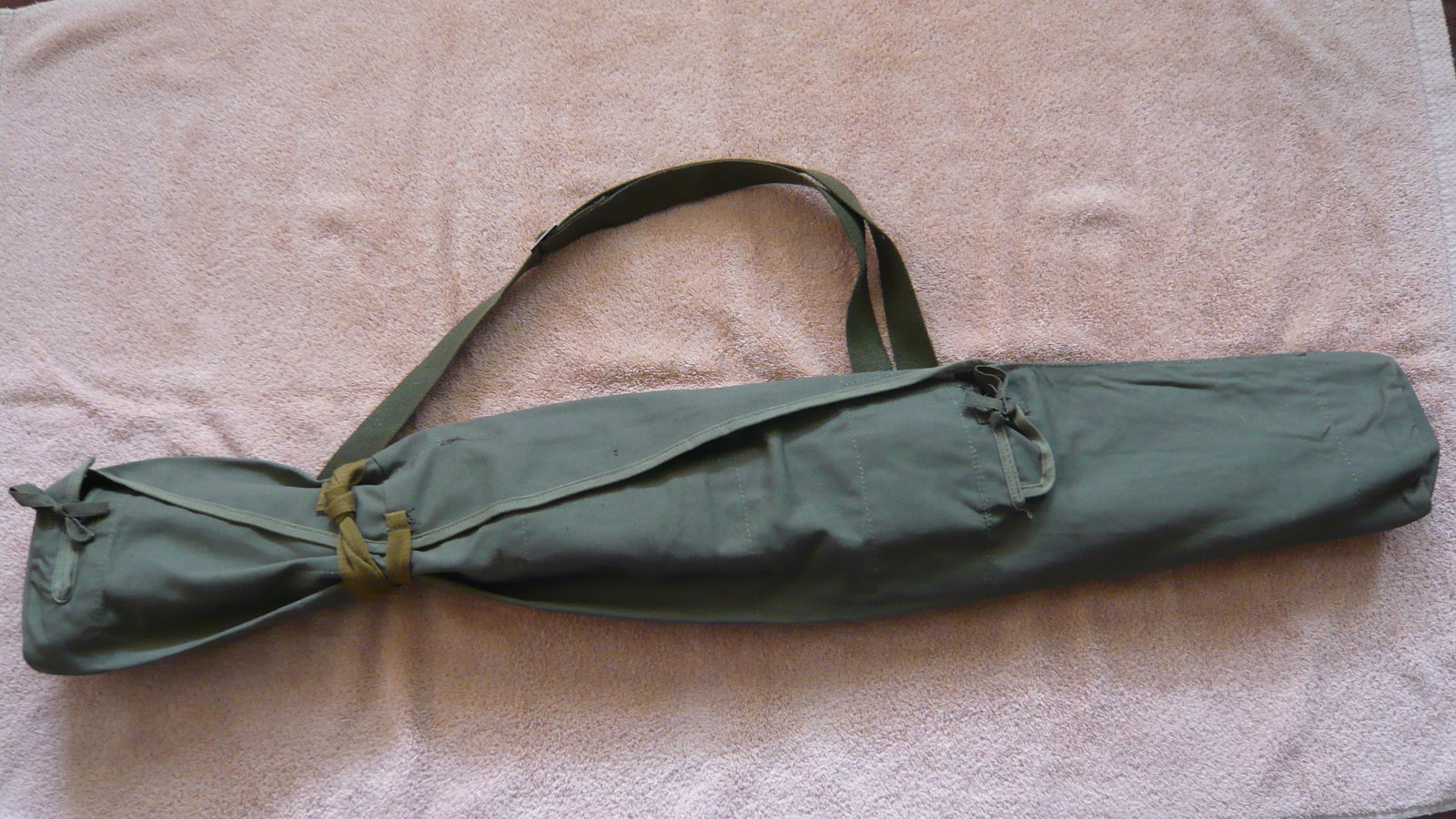 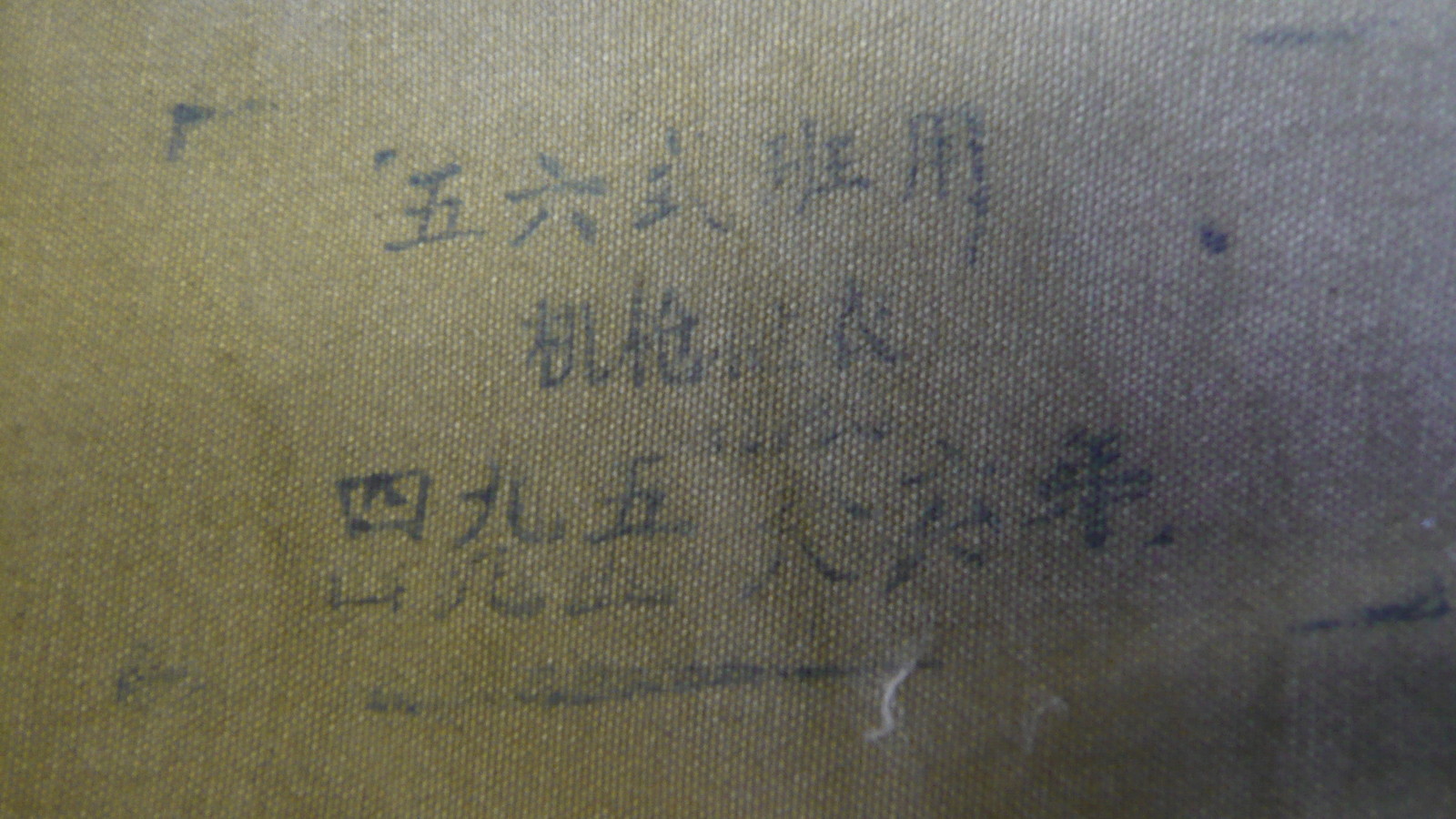 Chinese case.  Not sure what the writing translates to.

Go to SKS page 31 more info on the different markings on the SKS.